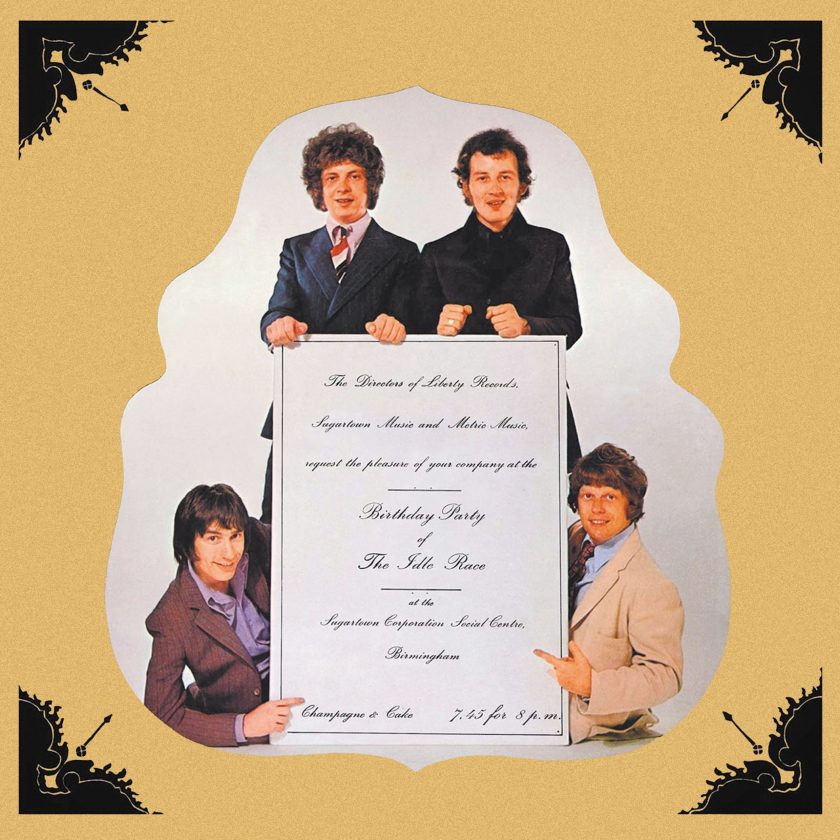 For many, Jeff Lynne’s best song is without doubt ‘Mr. Blue Sky’. In fact, a lot of people probably just know that one song. It was initially on the E.L.O. double album ‘Out Of The Blue’ before being spun off as a single, and over the years it has almost taken on a life of its own.

I remember buying ‘Out Of The Blue’ on its release back in 1977 and finding it a bit too mainstream, and even now I much prefer their debut (with Roy Wood still in the band).

Nevertheless, the Beatlesque and whimsical ‘Mr. Blue Sky’ is a great psych-pop confectionery. But ironically, despite being one of the key tracks on that over 10 million selling album and being featured in TV shows and voted “Anthem Of The Midlands” and what have you, it is only one of several such Jeff Lynne songs. In fact, he made a whole album full of ‘Mr. Blue Sky’ soundalikes that are just as Beatlesque and whimsical.

That album is called ‘The Birthday Party’ and has sold next to nothing, which is unfathomable. If people are so addicted to ‘Mr. Blue Sky’, why don’t they all rush out and buy a whole album of the stuff?

‘The Birthday Party’ is an aptly named album, because it marks the album format debut for Lynne, with his then band the Idle Race. In addition, it really does feel like a party – a rambunctious mood runs through the LP, and it is difficult not to be charmed by all the off-kilter pop hooks.

Although definitely more lightweight both in structure and production than what the Beatles had moved on to at the time, ‘The Birthday Party’ certainly delivers in the songwriting department.

In one of the interviews I made with Jeff Lynne several years ago, this is how he characterised the Idle Race: “Very quirky, very unusual and nothing like what was going on at the time, really.”

‘The Birthday Party’ has been so neglected that the only previous proper CD reissue is the 2007 Japanese paper sleeve edition; other than that it has always been reissued as a twofer together with the more uneven self-titled 1969 follow-up, or in some other compilation context. For this reason, it is great that David Wells has now assembled a definitive CD reissue for his ever-excellent Grapefruit label.

However, my one long-standing complaint about Grapefruit is the consequent lack of source information. This time round, the promo material states that at least the hitherto never reissued mono version of the LP has been “taken from the original masters” so let us assume that this is true. Although the original mono release isn’t extremely expensive on Discogs, despite its rarity, it is great to have all in one place here, in the best possible sound quality.

Apart from the album in both mono and stereo, all related singles are also here, including a few alternate versions that first saw the light on the ‘Back To The Story’ compilation in 1996. The only track that is reissued here for the first time is an electronically reprocessed stereo mix of ‘Sitting In My Tree’ from the 1976 vinyl reissue of the album. The track was in mono also on the stereo version of the original album, but the remix from 1976 is included here as a bonus track. Just to be complete.

In conclusion, this all happened a decade before ‘Mr. Blue Sky’. When Jeff Lynne decided to revisit the psychedelic pop of his youth, it became a mega hit, yet for some reason he did it only that one time. Which makes ‘The Birthday Party’ all the more worthwhile.