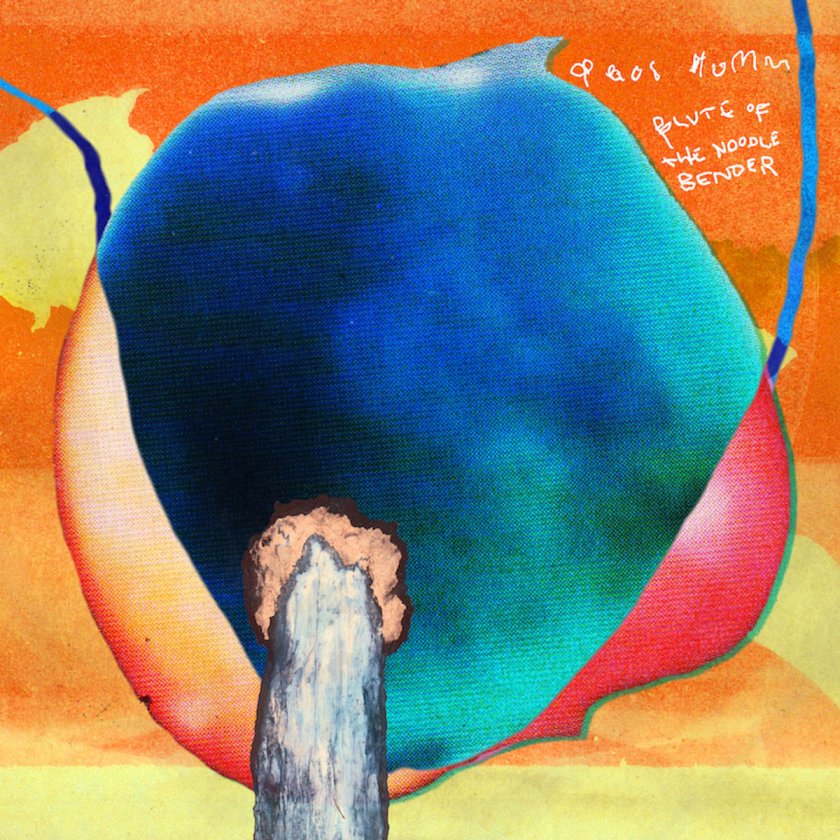 Edward Penfold’s debut album ‘Caulkhead’ was one of my favourite albums last year and my expectations on the debut by the band that Penfold is a member of were ludicrously high.
That album has now arrived. It is called ‘Flute of the Noodle Bender’ and the group is Taos Humm.

As always is the case in these situations, the album doesn’t live up to those expectations. But for once that may be a good thing, and here’s why.

Both albums start with the same premises; lo-fi, original era psychedelia played by a trio of musicians comprising Sunny-Joe Paradisos, Matt Robbins and Edward Penfold. But from there they go in opposite directions. Whereas the solo album is fuzzy and nostalgic, the group album is angular and abrasive.
In fact, these two albums summarise my (limited, mind you) experience with drugs. ‘Caulkhead’ is a nice trip; pop, Syd Barrett, strange perspectives, weird but not unpleasant smiles. ‘Flute of the Noodle Bender’ on the other hand is a freak out; there are some beautiful albeit primitive moments, such as the fabulous ‘BLUHr’, but suddenly the lenses are turned and your ears are twisted until your brain hurts. There are great hooks – but they stick in your flesh rather than your mind.

But the interesting thing is how the two albums uniquely complement each other. Given my deep admiration for ‘Caulkhead’ that means I will continue exploring ‘Flute of the Noodle Bender.’
And regardless of what I will eventually end up thinking, something quite important is going on here, although exactly what may still be shrouded in mystery. A bit like the modern myth about the “hum” alluded to in the band name.