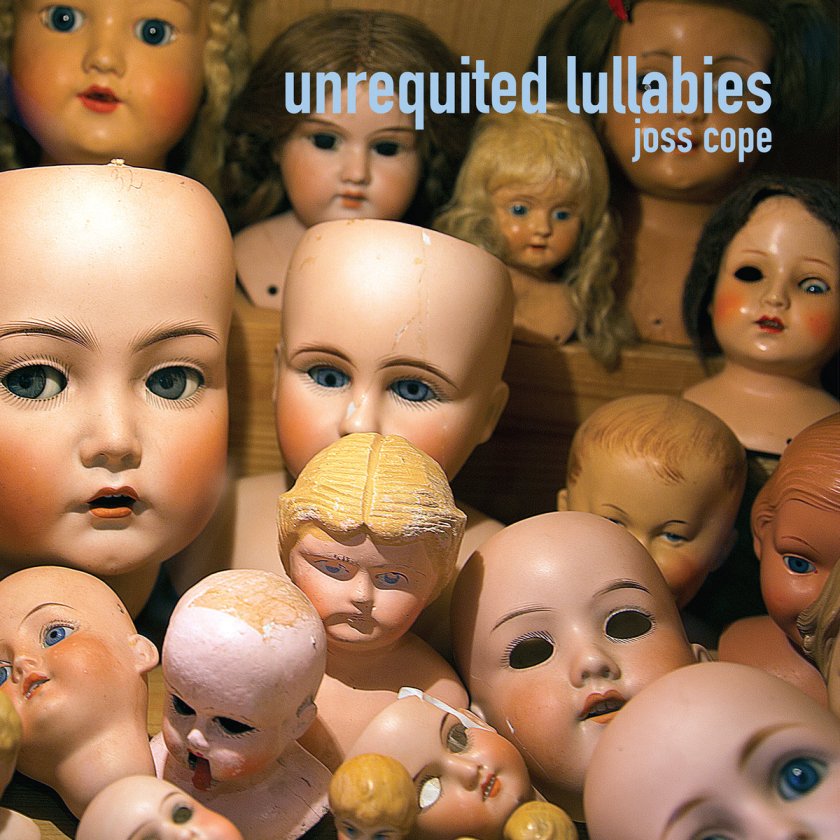 Being Julian Cope’s little brother can’t be easy when you release your first solo album somewhere around the age of 50. If nothing else, most reviews probably start by mentioning that fact.
So there it is. But the comparison is relevant.

Joss Cope followed his elder brother into the Liverpool music scene and played with people like Les Pattison and Pete Wylie. Moving down to London, he eventually became a member of Biff Bang Pow and also played on some of Julian’s albums such as “Fried”.

That lead to him forming Freight Train with Donald Ross Skinner and releasing a single in 1985. Here the story starts to get confusing. The Bandcamp page contains some questionable statements as to what actually did see the light of day. It claims there is a full Freight Train album. If so, I’d love to hear it!

Joss later allegedly released two albums with his own band Something Pretty Beautiful. I know of a 12” single from 1989 that was compiled into a mini album the year after. Would love to hear two full albums – but I doubt they exist!

I find it easier to believe there was an eponymous album on the DyscFunctional label in 1994 as the The United States of Mind comprising amongst others Ashley Wood from the Chemistry Set. But I have searched the internet high and low for a copy, and haven’t found it. Anyone got a copy?!?

All this back history is relevant because Joss Cope’s “Unrequited Lullabies” feels very much like a revelation. Although recorded in Finland, it is very much in touch with the Cope brothers’ Liverpool days.
Yet simultaneously, it also sounds remarkably fresh. There is a bounce to the music and Cope’s voice shows no sign of corrosion. It all adds up to an album that has that extra spark I have been missing on albums from elder brother Julian for… decades.

The album’s penultimate song, “What’s The Plan?” begins and ends with the following lines:
“I thought that history
stayed in the past
and never came back to haunt”

But that is exactly what happens here. And it is a fantastic thing.