2019 was a year of climate crisis and political turmoil. Music was just about the only thing that held up a bit of hope, with a flood of stellar albums having been released. Here is my top pick for the year, followed by the runners up in alphabetical order. Included are also my top picks in a few other categories.

Lost Crowns – Every Night Something Happens

In an era where the Spotify business model has transformed the pop song into 30 seconds of content and 3 minutes of hollow repetition, it is ironic that I decided on my album of the year for 2019 after only having heard a few seconds and even though it was the first 2019 album I had heard at all.

Those first seconds contain a sustained, reedy organ tone in the bottom, rattly cymbals and a twitchy guitar on top. That’s all. But in stark contrast to the Spotify template, that intro also promises a journey ahead, a trip into the unknown and unknowable. And ‘Every Night Something Happens’ lives up to that promise.

Album of the year, plain and simple.

Despite its unassuming home recorded blend of acoustic and electronic instruments and undemonstrative vocals, already the first song hides a huge melody in its guitar lines and an irresistible lo-fi choir.

Sheet music so full of notes that it is beyond the capacity of computers – that is the inspiration for this young London quartet. Cacophonous, manic and frequently quite hard on your ears, while still managing to deliver beautiful melodies and poetic moments.

Forlorn and experimentally pastoral post-punk pop. Wonderfully restrained and autumnal, and yes, it does make you think of Robert Wyatt!

Van der Graaf Generator makes love to Talk Talk and gives birth to ambient prog. This is where post-rock should have gone in the first place.

Here’s an album full of power chords and metally, growly things that simultaneously dares to be light as a butterfly. The effect is stunning in a literal and visceral way. Now this list is in alphabetical order, but if I were to pick a second album of the year, this is clearly it.

‘Mind Bahn’ starts out with a tape that is quickly wound backwards and leads to the tempered pace of ‘Collapse Rewind’. Although the tempo isn’t very fast, there is immediately a groove that turns out to be a hallmark feature of the entire album. A genuine hippie album for the modern era.

While only being Sean’s second solo album proper, this builds very much on his long raft of High Lamas albums. A brilliant return – and a bold step forward for experimental pop music.

A funk pop concept album from Field Music’s David Brewis, about the ruler of the Untidy State of America. If anything defines 2019, this album is it. Must have.

As a kind of prehistory to the NRSO, these tracks mainly date from the period after the demise of the Shrubbies in 1998 and leading up to Craig Fortnam forming the NSRO whose first album arrived in 2006. It holds together very nicely as an album and certainly is no gap filler.

Unbelievably massive 29 CD + Blu-ray reissue of one of the cornerstones of 1970s prog rock. Gentle Giant suffer from none of the pomp, gloat or pretentiousness of prog and instead showcase musical invention and team spirit at its best. A band whose reputation only continues to grow, for a good reason. Recommended to newcomers and longtime fans alike!

I cannot think of anyone better to guide me through the music of Robert Wyatt in this way than the North Sea Radio Orchestra, who in their own music display a similarly English sadness and yearning melancholia. And if you think by now that with a second NSRO album this best of 2019 list is heavily biased towards my personal taste, well then you are completely right!

Straight out of nowhere comes this cardiacsesque collection of amazing home recordings mixing wonderfully complex melody with walls of distorted jangle. None other than Jo Spratley guests on vocals on the track ‘Fragile’. A debut album seems to be in the works for 2020 – an as of yet unborn contender for next year’s best of list!

Update: This EP was on Bandcamp when I published the list, but has since mysteriously been taken down. Hope you managed to buy it – I did 🙂 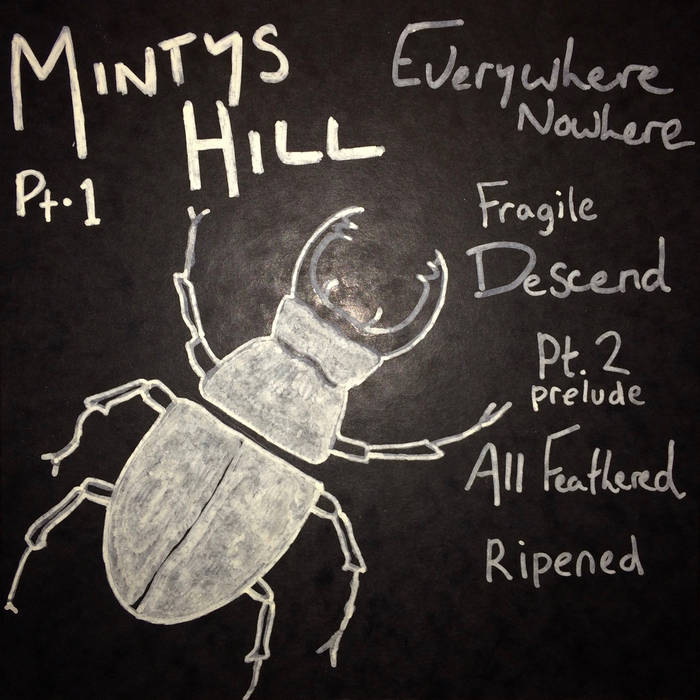 That’s all, good folks! Now, if I could have one wish for 2020, it is that more musicians get involved in the big political challenges facing us. Back in the 1960s, music was at the center of political change, that was again the case in the late 1970s – and that stage needs to be recaptured in the coming decade!