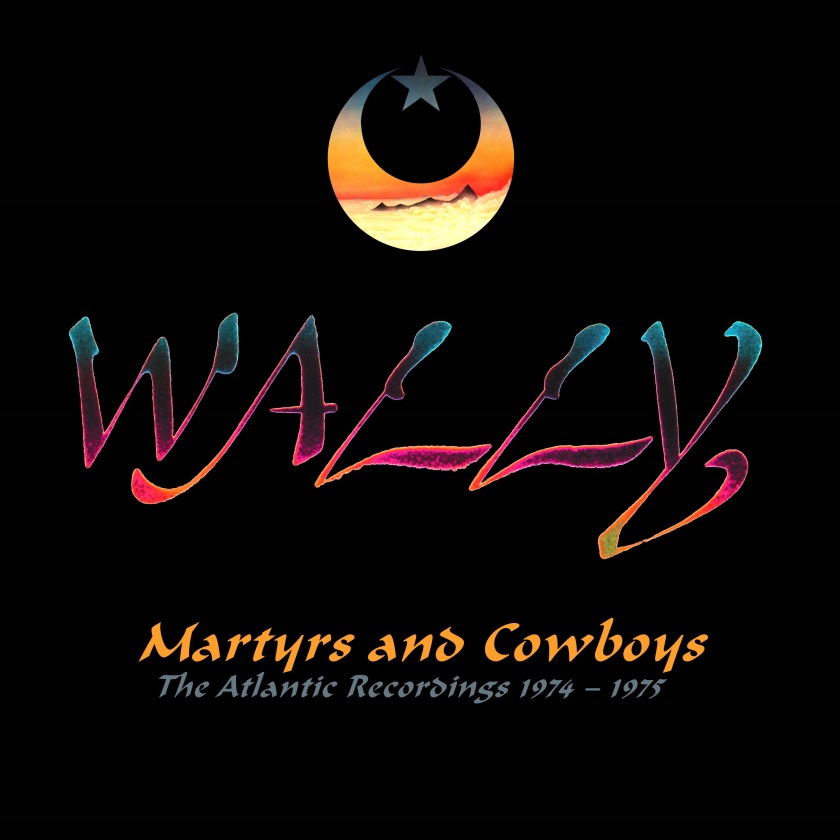 I remember hearing the first track of Wally’s eponymous debut album from 1974 in the downstairs DiskUnion prog store in Tokyo and thinking it sounded surprisingly soft and a bit poppy, not totally unlike Fruupp. So of course I had to have it.

I also remember my disappointment when playing the whole thing back home and discovering the American country twang on some of the tracks. I suppose that both progressive rock and country have its fair share of detractors; given that I count myself in the second group, this is the point where I wished I had put the album back in the (bargain) bin. But at some later point in time, I started thinking that the damage done by that twang thang wasn’t as great as I had initially thought.

Although second track ‘I Wanna Be A Cowboy’ is obviously set in rural America, sound-wise it doesn’t really go down those muddy trails. Lyrically, it also conveys much more of a West Coast hippie dream about the cowboy lifestyle than anything realistically Wild West. Whatever that may be…

However, once you think the danger has passed and you are enjoying the third track, sounding much more like a bitter British ballad for another rainy day on the dole, suddenly a slide guitar raises its ugly head; not only that, it does so with the ridiculous vocal line “All I need’s a steel guitar / to keep me company”. And that unbearable combo is repeated not once, but twice. It really does ruin a perfectly good song.

There are also a couple of fiddly jig breaks in the next song ‘’Sunday Walking Lady’, but they are in fact quite nice, and could just as well be Irish as far as I am concerned. And hey – that’s it.

To be fair, there is steel guitar all over both of these albums – but apart from the above episode and one of the hitherto un-compiled B-sides, it is all commendably un-twangy and not Americana cheesy. Heck, as far as I know, steel guitars come from Hawaii and shouldn’t be confused with cow herders anyway!  And while there is an obvious influence from West Coast music and American FM rock of the day, all of that is wrapped in Yorkshire understatement and as an effect become something rather different. Quite interesting, to be honest.

You obviously still have to stomach the band name, which of course has nothing to do with that 2008 Pixar/Disney film. That one’s spelled Wall-E. Instead, the name is allegedly related to the band’s original guitarist being really fond of gherkins (or wallies in cockney dialect).

What stands out on both ‘Wally’ and the 1975 follow-up ‘Valley Gardens’ is that there is lots of space in the music. The playing is is strictly restrained and there is a glossy sheen to the production. While that has led many to compare to Pink Floyd, I disagree. Instead, one of the defining instruments here is an electronically treated violin that sounds a bit like Eddie Jobson even before he had fully adopted that style. Vocals are also much more high pitched and there are often soft background choruses.

The focus on giving the sounds space and letting them breathe is partcularly pronounced on 1975 follow-up ‘Valley Gardens’. That is particularly the case on side-long opus ‘The Reason Why’ where it feels like Wally towards the latter half are playing with their hands tied to their chairs. Now that’s restraint for you. Constraint, even. And it does sound like little else from 1975.

If you like me love not only Fruupp but also underdog 70s prog bands like Druid, Cressida, Kestrel, Beckett and so on, then you need to know that Esoteric Recordings are now releasing both these albums newly remastered with single B-sides that until now have been unavailable on CD as “Martyrs and Cowboys – The Atlantic Recordings 1974-1975”.

A release you should seriously consider!