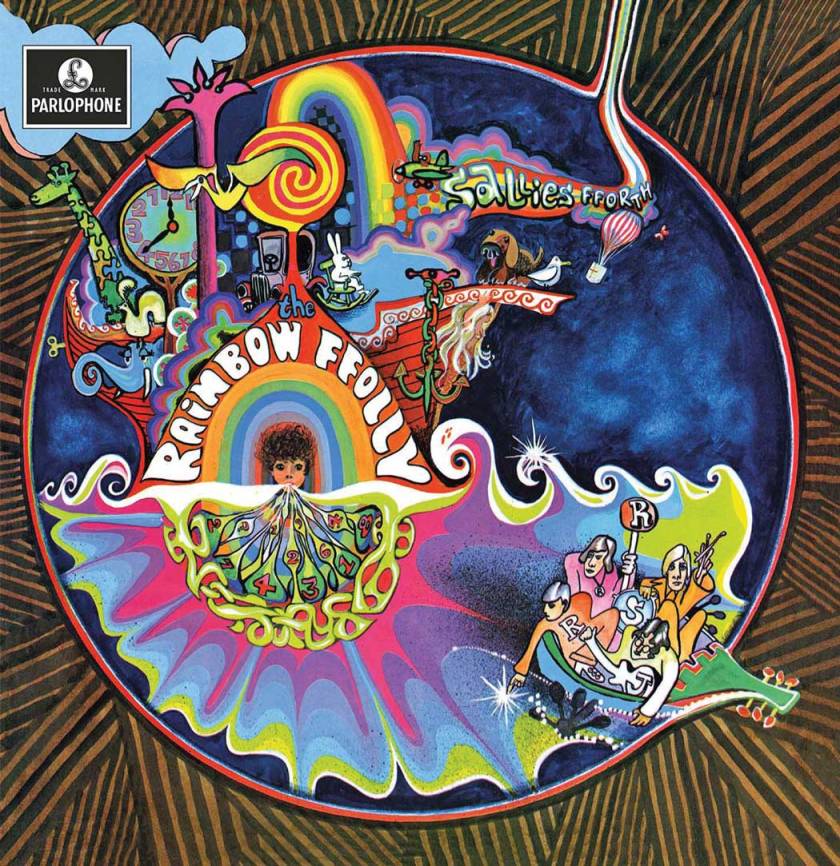 The fact that I am such an irreparable anglophile is an influence from my beloved late father. He was the one who introduced me to Monty Python and we would watch the shows on TV together. The first episode aired in Sweden in November 1969 and I was so small back then that I am not sure how much I understood. But I liked it. Later on when we had a video deck, my dad would buy tapes with several episodes, and we would go down to the TV room in the basement, turn on the telly and binge watch together. It changed me.

And then there was that other weekly TV show, I was probably around 11 or 12, and it featured women dressed in ornate Elizabethan clothes who would lift their legs up high in front of the audience while dancing, and in the process displaying their equally ornate underwear. It was incredibly exciting and I always made sure to go the TV room when my parents were watching it.

On this show, it wasn’t just the women’s dresses that were ornate. The announcer himself would go on and on, piling arcane adjectives on top of each other for ever and ever. And then some. The audience would go “oh” and “ah” the more convoluted and gaudy he became. In the beginning, I just wanted him to get on with it so I could get a glimpse of the women’s underwear, but at some point I also started enjoying his absurd verbal torrents.

The show was called ‘The Good Old Days’ and the flamboyant announcer was Leonard Sachs. On their 1968 debut LP ‘Sallies Fforth’, Rainbow Ffolly start off with a parody of him and continue with a shambolic pop album that feels just like a Monty Python show. Things happen seemingly randomly but still manage to make some sort of inexplicable sense. Unwittingly, then, my father really primed me for this album, since it combines the Good Old Days and Monty Python like no other. (It even features a woman showing her knickers on the back cover; certainly not a coincidence.)

I didn’t discover the album until around year 2000, when living in Tokyo. It was easy to get hold of since it had been reissued two years earlier, and had seen its first round of reissues and reappraisals as the wonderful late 60s funny-mirror collage that it is.

For me it was like opening a secret door to my half-forgotten childhood. Naturally, it became one of the cornerstones and starting points in my treasure hunt through the British late 60s musical underground that I hadn’t really explored until then.

What I didn’t know back then and in fact hadn’t really understood until I read the booklet accompanying the new, improved, stereoscopic, monaural, dazzling and complete Rainbow Fffolly 3CD box set now being released by David Wells’ Grapefruit Records, is that the band themselves never intended this to be released. Instead, this is really a set of demos strung together with banter and pieces of unrelated recordings by a studio owner who had a deal with EMI for a string of exploitation albums. It was sold without giving the band either proper payment or a proper recording contract.

As a consequence the whole thing petered out after a single from the album had also been released but didn’t sell well.

It would take the band until 2016 to release another album, appropriately titled ‘Ffollow Up’. I bought it right away although it was very difficult, as the release was limited and the band very slow to respond to my inquiries. The album consists partly of songs written back in the 60s and is a surprisingly good effort. However, being made more in earnest, it lacks the spontaneity and outright silliness that made the debut a classic and a must-hear 1960s artefact. Needless to say, it is included in a remastered and expanded version on the box.

You also get an astounding wealth of pop-archeological tracks, demos, front-room recordings, radio sessions and hospital (!!) radio jingles, making this yet another essential release from Grapefruit. Spectromorphic iridescence indeed!

There is even a home-recorded cover of the Honeybus near-hit “I Can’t Let Maggie Go”. What more can you ask for?