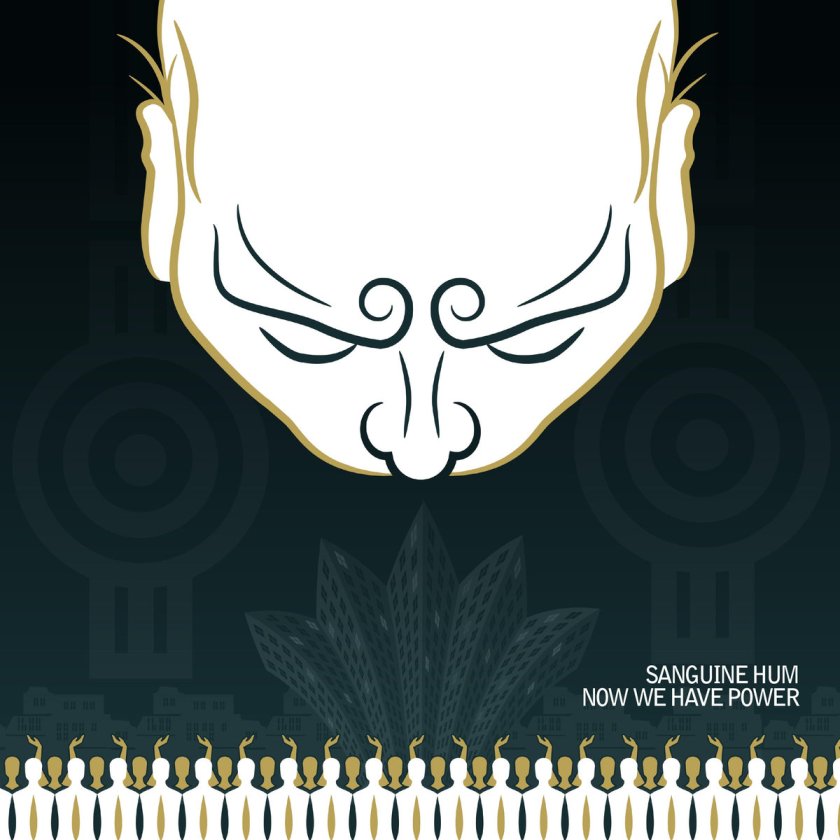 A cat always lands on is feet. And a piece of toast always falls to the floor buttered side down. So if you attach toast to the back of a cat and throw it into the air, simple and sound physical principles dictate that it spins perpetually without ever touching ground.

That a spinning cat could be used to generate power is the key idea driving the story in Sanguine Hum’s buttered cat saga, which reaches its conclusion on ‘Now We Have Power’. And if you are already smiling, this is an album for you.

Whereas the rock albums in the 70s often had half-baked attempts at telling some kind of story, Sanguine Hum are in a different league altogether; this story has been considered both for a book and a film.

Apart from a cat spinning on it’s own axis, the main plot itself is built on the same principle and ends where it begins, forever turning like one of Escher’s famous paintings. And importantly, this album also makes other circles whole. It sees the return of Paul Mallyon on drums, thus marking the reunion of the original incarnation of the band. Paul’s drumming adds a new level of vitality and flow to the music. Furthermore, with the inclusion of the song ‘Pen! Paper! Paper! Pen!’ there is also a (brief but nevertheless) straight return to the band’s canterburian roots.

But this is not an album about looking back. Sanguine Hum are all about moving forward.

Over a series of albums, they have developed a unique and instantly recognisable sound built on the combination of opposites; lush simplicity vs. multilayered complexity; teamwork vs. individual excellence; restrained control vs. bubbly flights of fancy; musical accessibility vs. lack of strophic forms.

The album starts out memorably as a subdued drama with Matt Baber playing some foreboding bars on piano (which has much stronger presence than on previous albums) before Joff Winks’ smooth voice comes in to pick up the tale. Although the opening is a highlight in itself, the album never really lets down from there.

‘The View Part 2” continues with a huffing and puffing locomotive sound that in a way pulls the listener onwards.

Then there is the magnificent instrumental ‘Skydive’ where the quartet really lifts off, aided in particular by Matt’s synths and Brad Waissman’s lyrical bass.

‘Bedhead’ feels like a centrepiece on the album. It starts beautifully with picked acoustic guitar and plinky keys, but then Joff’s lone voice comes in and adds the sense of purpose, foreboding and tension that permeates this record:

We just need that / helping hand

To find our way from / the mess we’re in

It’s all got rather / out of hand”

Although the story was written a decade and a half ago, the timing for its release now is perfect. After coincidentally having started a world war, protagonist Don becomes de-facto global leader, and starts bringing society down all around him from the moment he gets the power alluded to in the album title; it instantly corrupts him. All incredibly trumpian.

Another unforgettable moment is when ‘Speech day’ fades in with a tune played as Sanguine Hum’s original band incarnation The Antique Seeking Nuns, which then eventually segues into Don’s deceitful speech to the masses about how to solve the crisis at hand.

The album ends with ‘Swansong’, a tune that again starts out acoustically, but soon that chugging locomotive sound creeps back in and the initial sense of escape and relief is painted over with something more claustrophobic. The end, in this case, turns out to be a dark beginning.

‘Now We Have Power’ is a demanding listen. If you like me wrote your doctoral thesis on self-referential systems, then you know you have reached the gödelian zenith of music making right here. But if you did not, I would still beg you to give the album a chance. It is a genuine marvel and is guaranteed to grow in stature for years to come.

And although the buttered cat story is brought to its conclusion here, it never ends. A new album is reportedly already written, and I expect there are still some missing cogs in this hilarious tale!