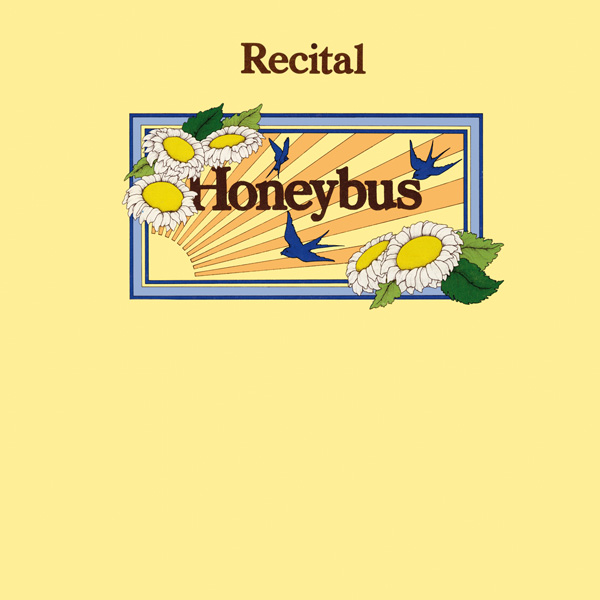 Some years ago, a test pressing of the second and unreleased Honeybus album ‘Recital’ came up for auction at eBay.

I looked it up in the Rare Record Price Guide and saw that it was valued at roughly £200. But this copy was a bit special since it had cover artwork, although Honeybus members at the time allegedly said they had never seen artwork. It was difficult to say if this was the real thing, but nevertheless I thought it would go a bit higher. So I tripled that, added some topping, and put in my bid for £666. Of course I didn’t stand a chance in hell, as someone used a bot and put in a last second winning bid at £667.

The album was slated for release in 1973 but buried by the suits at Warner Bros. after an initial single did not sell well. But after 45 years it is now finally officially released. That is cause for much celebration as ’Recital’ is a post Beatles pre power-pop bona fide baroque pop classic.

Most of the album has already been made available on previous collections, ’Hidden Masters’ and ’She Flies Like a Bird’, but two songs see the light of day here for the first time, ‘She’s A Lady’ and ‘The Writing On The Wall’.

I have had the full album in various forms for some time, most recently as a signed  needle-drop CD-r directly from Colin Hare. But here the songs are housed in that original cover that appeared on eBay,  and lovingly restored from Pete Dello’s own test pressing since the master tapes have been lost (by those dimwitted suits, who else!)

And the restored sound is fabulous. The violins no longer have a tendency to crackle in the upper frequencies and Pete Dello’s voice on closing track ‘I can’t say it but I can sing it’ is literally smooth as butter. Boy, can he convey feeling with small means!

But although the Honeybus sound is both fragile and frequently orchestrated, it quite honestly doesn’t really need all this polishing and Hi-Fi treatment. It is the kind of music that just sounds good regardless, because of the abundance of that special magic called songs.

Many of the songs here are in fact quite simple and even appear trivial at first listen. But from there on, they just grow with each and every listen. How is that? I can’t say it but I can smile it.

If you are buying just one album this year, this is obviously the one to get.

But you might also want to pick up the first-ever vinyl reissue of the only Honeybus album that did get a release back then (in 1970 and also a pop classic despite not featuring core member Pete Dello) as well as the ‘For Where Have You Been: The Lost Tracks,’ comp. All three albums are released concurrently by Hanky Panky / Mapache Records with liner notes by none other than Thomas Walsh from Pugwash.