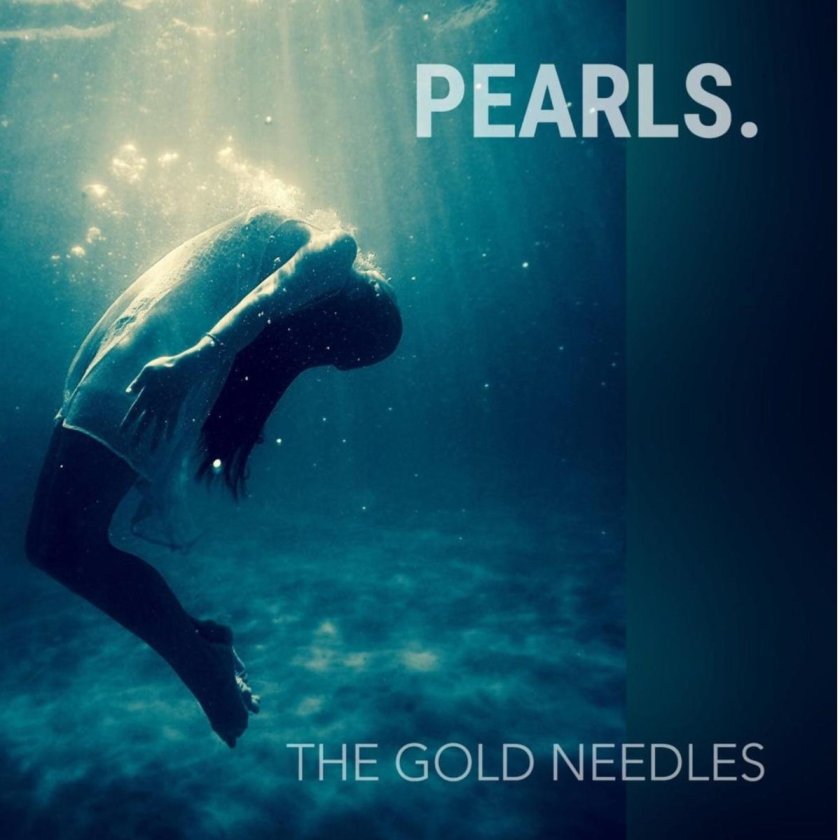 Despite – or maybe because of – the Gold Needles’ connection to Fruits De Mer Records, I put on their debut album ‘Pearls’ expecting a run-of-the-mill Teenage Fanclub soundalike, all commendable but nothing to write home about. And sure enough, it starts off all twelve-stringily jingle-jangly in Beatles/Byrds territorium.

But then a couple of tracks in, there’s ‘Dreamscape Time’ which begins with analogue synths in an extended, spacey intro, followed by another unexpectedly Pink Floyd sounding guitar intro. The song itself extends the feeling of drama from the dual intros, and I am starting to think this is pretty good.

OK, so all the expected ingredients are here, including snippets from Alice In Wonderland and Nixon talking to the Apollo 11 astronauts. But the Gold Needles manage to scramble the bits and pieces around enough to make it all sound rather fresh and exciting.

A few listens later, I am hooked. The anthemic power pop numbers are interspersed with guitar instrumentals, mostly acoustic West Coast stuff despite bandleader Simon Dowson and his Needles being from Hull. But suddenly there’s one that reminds me of the Spotnicks.

On one track there’s also a drum machine, and on others the electronics are satisfyingly angular. Yet the overall feel remains very much Badfinger.

The production is slightly grainy in a rather nice way. Not particularly analogue sounding, yet certainly not digitally clean. Rather, it seems to suffer from too many overdubs, something like what a band like the Honeybus had to do given their limited circumstances back in the day.

Although the instruments are well-played, the sound is muddy in the midrange and a bit hissy in the top. In that sense the sound, if not directly the music, is a bit like that of contemporary American group the Once & Future Band; ambitiously arranged but with some rough edges.

Although balancing on a knife’s edge, the Gold Needles avoid being just derivative. Despite – or maybe because of – the album’s sprawling 18 tracks, ‘Pearls’ is quite an engaging listen. Great stuff, really!